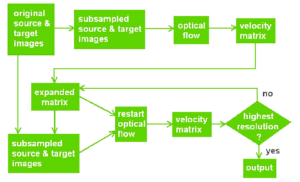 Example learning-based single image super-resolution (SR) is promising method for reconstructing a high-resolution (HR) image from a single input low-resolution (LR) image. Lots of popular SR approaches are more likely either time- or space-intensive, which limit their practical applications. Hence some researches have focused on subspace view and delivered state-of-the-art results. We utilize an effective way with mixture prior models to transform the large nonlinear feature space of LR images into a group of linear subspace in the training phase. In particular, we first partition image patches into several groups by a novel selective patch processing (SPP) method based on difference curvature of LR patches, and then learning the mixture prior models in each group. Moreover, different prior distributions have various effectiveness in super-resolution, in this case, we find that Student-t prior shows stronger performance than the well-known Gaussian prior. In the testing phase, we adopt the learned multiple mixture prior models to map the input LR features into the appropriate subspace, and finally reconstruct the corresponding HR image in a novel mixed matching way. Experimental results indicate that the proposed approach is both quantitatively and qualitatively superior to some state-of-the-art SR methods.The objective of single image super-resolution (SR) is to reconstruct a visually pleasing high-resolution (HR) image from a low-resolution (LR) image after down-sampling and blurring. For decades, SR has attracted extensive attention, and it aims to recover high quality images from low-cost imaging devices (e.g., cell phone cameras) and some limited environmental resources (e.g., remote sensing). Interpolation-based SR is regarded as a more basic and direct approach which adopts either fixed re-sampling kernels or some edge-guided approaches to estimate missing pixels in the HR grid from LR input. The existing interpolation-based approaches are more efficient for real-time SR but in many cases with visual unsatisfactory. Therefore, they are only used for preprocessing LR image rather than the sophisticated SR methods which can recover more details in HR level.

Get all project leads